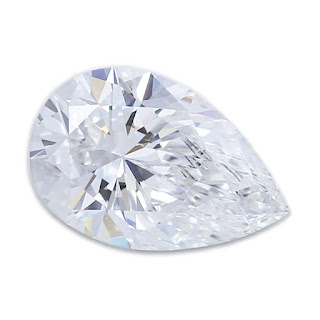 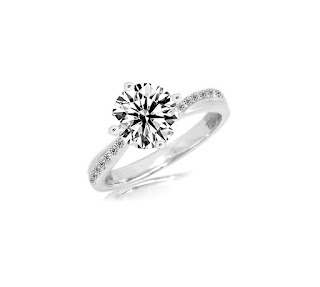 Round Brilliant Diamond, certified by GIA/IGI 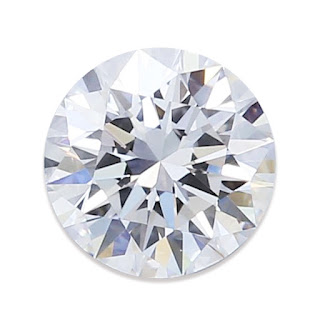 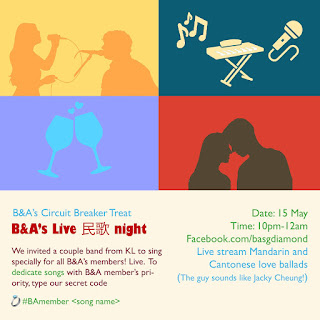 Circuit Breaker Special:
We invited a couple band from KL to sing LIVE for all BA.SG members.

Get yourselves glasses of wine, tune in and have a chillax Friday night with your loved one. 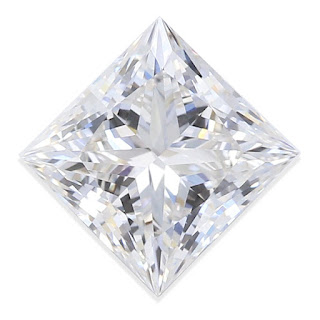 Lab-grown diamonds shaking up the industry

Article by China Daily: “Lab-grown diamonds shaking up the industry”

It sparkles and shines like a diamond from the Earth's mantle, but it's grown in a laboratory.

Lab-grown diamonds, which have been used for industrial purposes for decades, are now shaking up the $87 billion consumer market as cheaper alternatives to mined gem stones.

It sparkles and shines like a diamond from the Earth's mantle, but it's grown in a laboratory.

Lab-grown diamonds, which have been used for industrial purposes for decades, are now shaking up the $87 billion consumer market as cheaper alternatives to mined gem stones.

Replicating the process of how mined diamonds are formed, labs today use two major processes to grow diamonds - tigh pressure/high temperature (HP/HT) and chemical vapor deposition (CVD), both of which are used to create an environment of extremely high pressure and temperature.

"Most industrial applications of lab diamonds are associated with their hardness, a characteristic that makes diamond an ideal material for cutting tools," said Han Xiaoping, chief researcher at industry and energy website china5e.com.

"More recently, many institutions and companies have started to consider diamonds for use in computer chips, satellites, and even 5G networks as they can be used in extreme environments. Nano diamonds, or diamonds with a size below 1 micrometer, also have the potential to operate at higher speeds while using less power than the silicon-based chips," Han said.

For years, lab-grown diamonds were commonly used in industries related to high-end manufacturing.

"Rapid technological improvements have allowed many Chinese labs to eliminate the presence of other elements that impact diamond quality, such as nitrogen molecules that make the stone look yellow and reduce its value," Sun said.

The cost of growing lab diamonds has also dropped by up to 90 percent in the past 10 years, according to a report from business analysis website ifanr.com.

Today, the cost of making a lab diamond is about 30 percent lower than that involved in mining a gem of similar size and quality, said Li Zheng, research manager at market research provider Leadleo Research Institute.

"Meanwhile, the time it takes to grow a 1-carat diamond is now five to eight days, much shorter than the time it takes to create a mined diamond, which can take billions of years to form," said Tang Bin, deputy director of the Gem Appraisal Center of Peking University.

"Aside from the fact that lab-grown diamonds are created artificially, rather than discovered under the Earth's surface, they are the same in terms of their physical and chemical characteristics," Tang said.

Cheaper, better, and more accessible - all these characteristics are making lab-grown diamonds a popular alternative to mined gems.

In 2018, De Beers, the world's largest diamond miner, launched its lab-grown diamond line Lightbox Jewelry. It charges about $800 for a 1-carat lab-grown diamond, which is much cheaper compared with $8,000 for a mined diamond.

Media reports said the move was to address a sales slump in mined diamonds as the industry struggles with economic uncertainties and the rise of lab-grown diamonds. Media reports show that sales of rough diamonds plummeted 44 percent to $280 million in the last week of August, compared with $503 million in the same period a year ago.

"With the post-1980 and post-1990 generations emerging as a major buying power, lab-grown diamonds used in jewelry will see an increasing presence," Li said.

According to Li, more consumers born in the 80s, 90s, and even millennials, are turning to lab-grown diamonds as they are cheaper than mined gems of similar quality, and marketed as eco-friendly and ethically sourced.

"Consumers from those generations are increasingly conscious of the environmental and ethical impact of their purchases, such as whether workers are fairly paid and the work is done in safe and environmentally friendly conditions, things that large corporations often fall short on despite promising to adhere to strict ethical and environmental standards," said Tang of the Gem Appraisal Center of Peking University.

Despite claims of lab-grown diamonds being eco-friendly, a report from Trucost, an analysis company under S&P Global, challenged this view. It pointed out that making and polishing a 1-carat diamond can produce about 511 kilograms of carbon dioxide equivalent compared with 160 kilograms for a mined gem.

However, the report was supported by the Diamond Producers Association, an organization formed by seven of the world's leading diamond companies.

"Even if that were true, it is worth noting that most chemical waste from producing lab-grown diamonds can be further managed within the lab. But for mined diamonds, it is another story," Tang said.

In China, where 90 percent of the world's lab-grown diamonds are produced, diamonds grown for the consumer market take up 3 percent of the total diamond market, according to a report from the Lead-Leo Research Institute.

"The number is growing. Spurred by technological advancement and rising consumer demand, an increasing number of diamond labs in China are eyeing the consumer market by offering inexpensive products to a wider consumer basis," said Li.

Zimnisky also told Xinhua News Agency: "If even a fraction of Chinese production is upgraded to jewelry-quality diamonds, it would have a significant impact on the global supply."

Henan-based Zhengzhou Sino-Crystal Diamond, whose lab-grown diamonds are widely used in the aerospace and equipment manufacturing industries, increased its investment in R&D by 14.4 percent to 535.2 billion yuan ($75.2 billion) last year.

The increased investment was to develop artificial intelligence in manufacturing, and to tap China's growing consumer market for jewelry lab-grown diamonds.

The company said in recent interviews that its technological advancements in diamond making, refining, and polishing, as well as its equipment, have allowed it to produce gem-quality diamonds in white, pink and blue.

General Manager Liu Yongqi said in previous interviews that the company is positive about the consumer market for lab-grown diamonds, and that it had attracted an investment of 4.57 billion yuan for its gem-quality lab-gown diamond project earlier in 2016.

"Despite efforts from various entities, the development of China's consumer market for lab-grown diamonds is still at an early stage," said Li from the Leadleo Research Institute.

"There are still a lot of questions. For example, how do you grade the quality of a lab-grown diamond and set a price for it?"

Currently in China, mined diamonds are graded by carat, cut, color and clarity. But scales to evaluate a lab diamond's quality and value have not yet been set.

Although the globally acknowledged Gemological Institute of America has started issuing certificates for lab-grown diamonds, it only specifies that they are lab-grown without specific grades, Li said.

"Besides, some diamond retailers have been known to sell lab-grown diamonds at the prices of mined diamonds without telling consumers. This will have a negative effect on the industry. Industry standards and regulations are needed for the industry's long-term development," said Tang of the Gem Appraisal Center of Peking University.

In July, the Gems and Jewelry Trade Association of China launched a sub-association for lab-grown diamonds, a step that was considered significant for the development of the industry in China.

"Spurred by technological advancement and rising consumer demand, the industry is developing rapidly. Going forward, the industry will see improved regulations and supervision with the establishment of associations and institutes," Tang said.
at May 10, 2020 No comments: 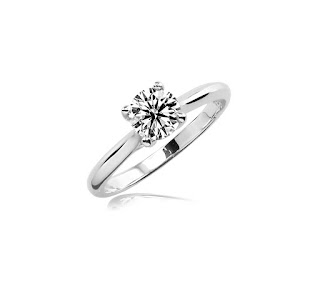 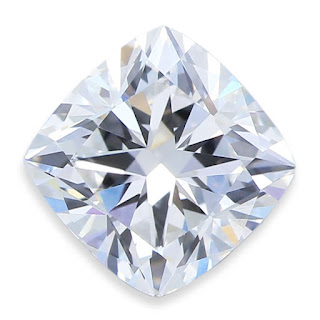 Facts about Lab-grown Diamonds you need to know

Article by Better Diamond Initiative:
“Facts about Lab-grown Diamonds you need to know”

Facts about Lab-grown Diamonds you need to know

Lab-grown Diamonds (also incorrectly referred as ‘Synthetic’ diamonds) are one of the most promising developments the global diamond industry has seen since the last discovery of a diamond mine in 1980s. Unfortunately, a lot of real facts about Lab-grown Diamonds are miscommunicated and misrepresented in the industry due to its perceived threat as an alternative to Earth-mined diamonds.

Some of the key facts about Lab-grown diamonds are:

Since some time now, we have conducted several in-depth factual studies and published several posts on Lab-grown Diamonds. We’ve developed a new webpage on our portal – ‘Diamond Comparison’ consolidating all our studies, analysis and findings. This webpage is a one-stop knowledge bank on everything about Lab-grown diamonds and contains detailed comparisons between Lab-grown diamonds and Earth-mined diamonds. An educational repertoire, the ‘Diamond Comparison’ is a user-friendly dynamic and responsive webpage, which will run as a permanent feature apart from the ‘Lab-grown’ category on our portal, which will continue to host latest posts on news and developments about Lab-grown diamonds.

‘Diamond Comparison’ details all the facts about Lab-grown diamonds and compares them to Earth-mined diamonds in terms of their production process, basic facts, industry advantages, environmental impact, physical properties etc. and details each of the comparison sub-parameters bringing out the global reports, studies and insights.

Something to unique. BA.sg creates and set many of our diamonds in the Hong Kong, individually fine-tuning each setting by hand. We believe ... 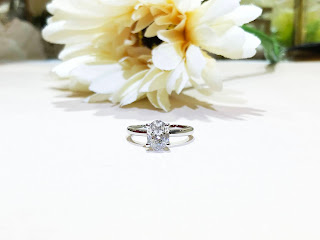